skip to main | skip to sidebar

Edward is a macroeconomist, who specialises in growth and productivity theory, demographic processes and their impact on macro performance, and the underlying dynamics of migration flows.

Edward is based in Barcelona, and is currently engaged in research on ageing, longevity, fertility and migration, and the impact of all of these on economic growth. At the present time he has a book in preparation with the working title "Population, The Ultimate Non-renewable Resource?" He is a regular contributor to a number of economics weblogs, including India Economy Blog, A Fistful of Euros, Global Economy Matters and Demography Matters. He was, in fact, a founding member of all these weblogs.

Edward follows in detail the Indian, Italian, Spanish, German and Japanese economies. He has more than a passing interest in the economies of Turkey and Brazil and the emerging economies of Eastern Europe.

He is a fluent speaker of Spanish, French and Catalan, and has a good working knowledge of a number of other romance languages and German.

Apart from friends and economics Edward’s other great passion in life is cinema.

I am putting the following three drafts online, as they give some idea of what I have been up to in recent times. Truth said, all three are now in need of serious rewrites, at least in terms of what I have learnt in the last twelve months or so. On the other hand, I do think in conjunction, they point in a direction which is well worthwhile exploring, and until I do get round to the rewrite they are probably a damn sight better than nothing. 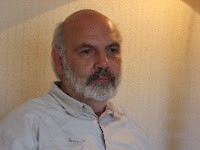